How to sell to architects (Part 2)

If you wish to sell to architects you should probably first know a little about their work flow and when is the right time to approach them and offer your services or products. 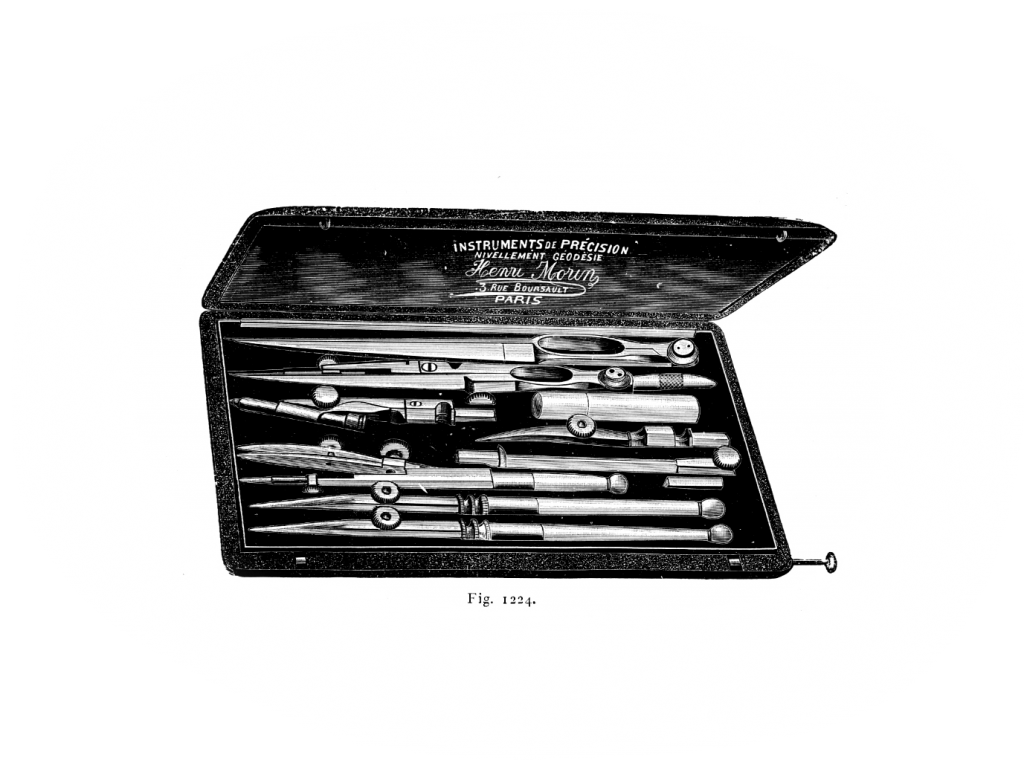 What is it that they do?

“Now regard this pure white sheet of paper! It is ready for recording the logic of the plan. T-square, triangle, scale – seductive invitation lying upon the spotless surface. Temptation!

“Boy! Go tell Black Kelly to make a blaze there in the work-room fireplace! Ask Brown Sadie if it’s too late to have Baked Bermudas for supper! Then go ask your Mother – I shall hear her in here – To play something – Bach prefered, or Beethoven if she prefers.”

Now comes to brood – to suffer doubt, hesitate yet burn with eagerness. To test bearings and prove ground already assumed by putting all together in definite scale on paper. Preferably small scale study at first. then larger. Finally still larger scale detail studies of parts.”

Replace the T-Square, triangle and scale by CAD software, telemeter and a digital camera and you pretty much have the same methods today. Practicing architecture is all about proportions and scales, Architects start with an idea, a concept and they just keep on “zooming in” until the full picture comes to full effect in their imagination and of course, on their plans.

There are many methods, concepts, and “schools” to CREATE architecture, but what remains almost the same is that “coming and going” process; those constant cycles of analysis and synthesis. That, and the very final outcome: A universally readable drawing with strict rules – the execution plan.

How exactly do they do it?

Here are the most common phases of architectural work:

1. Getting and analyzing the program. After the contract between an architect and its client is established the architect takes the time to carefully study the program allocated. If it’s a public building, the program is usually crafted by specially trained architects and engineers providing a huge amount of norms, technical sheets and regulations to follow. In other cases, the architect builds the program along with his clients (for smaller projects usually, like private houses, cult facilities etc.)

2. First draft: 1/500 – 1/200 scale. Once the program is well defined and known to the designing team, the first drafting starts. Now methods vary: Some architects “attack” the 2D plans, sections and elevations that in due time will be transformed into the final execution plans and some start with 3D construction of volumes that will gradually become the spaces and shapes of the built project. In this very early stage, few architects turn to go over manufacturers catalogs.

3. First validation by client: 1/200 – 1/100 scale. This is where things start to “get hot”… The first validation of a project’s design is always a bit stressful for the designing team. This is where the architect needs to “re-seduce” the client in some sort. In most architecture practices, this is done with plain, traditional 2D plans sections and elevations and… lots of verbal explanations. Then there are those who are more “technique savvy” – In order to make sure the client properly understands the project they use computer generated imagery like this: 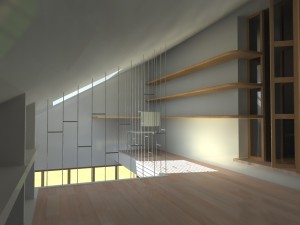 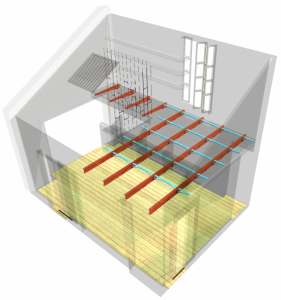 Over the past few years, we’ve been witnessing a genuine increase both in the performance of 3D CAD software and in the skill and talent of young architects. Computer generated imagery is becoming more and more abundant in today’s architectural design market. This is also partly due to the fact that clients tend to demand this kind of high-end service more frequently. Those images could be easily sent by email to friends and family for them to give their opinion.

4. Second client validation and construction permit: 1/100 – 1/50 scale. No architect dares to hope that his client will be 100% satisfied with his initial design. Often, there are many modifications and changes, but the path is clearer and the team is reassured once the concept has been accepted. Now is the time to get “down to business” The design team’s work now, is to get the project approved by the authorities for construction. In most western countries, the construction permit drawings are handed in 1/50 scale with an “in-site” integration of the building (CGI again…) Like the following example: 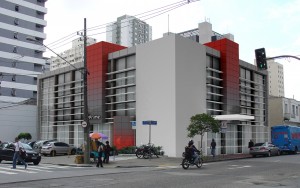 Although in the first client validation phase, CGI is not mandatory, most competent authorities demand one, so that they could make an idea of the project’s integration impact on its surrounding environment.

5. Execution plans: Detailed 1/50 scale and some parts in 1/20 or 1/10. Finally! The project was approved by both client and the authorities now comes the final part of architectural designing where “all hell breaks loose” – This is usually where our poor design team discovers that the plumbing doesn’t perfectly fit with the foundations and that the window they chose for the hallway is no longer manufactured because the draftsman used an outdated catalog from 1988… The plans are sent back and forth to the contractors and engineers for review and there is much rejoicing. It’s during this phase that most of the materials and architectural elements are specified. In some places, plans are not enough and architects actually write down – for every room and corridor – a full detailed textual description of all of the amounts and materials. At this point, the client tends to develop nostalgic feelings towards his initial budget and the days his local bank manager actually smiled at him…

6. Construction. Oh dear, now we actually have to build all that??

IMPORTANT NOTE: These 6 phases are generalized. There are lots of variations. The process I described fits the description of building for a private client. Building for governmental or other institutions is somewhat different than the described above. I’ll be happy to detail it in the comments or future posts if there’ll be a demand.

Where do YOU come in?

Well, it depends on what you are manufacturing:

Usually, architects work on several projects at the same time, and their phases do not overlap, how can you make sure you are reaching the designing team at the appropriate moment? Who should be your contact person? How do you find him or her?  – All that and much more – in the following chapters.