On the 20th of April, manufacturers and professionals of the construction world were welcomed by Polantis to attend a presentation conducted by Arnaud Désirée – Architect DPLG and BIM consultant at MONOKROM-ARCHITECTES.

Following our guest’s requests, Arnaud Désirée shared his own vision of the BIM method and of its definition. Arnaud revolved its answers around the ideas of BIM advantages. To him, the possibility offered by BIM method is pre-eminently the ability to modify digital models if needed. Not only does it allow its user to rectify a digital model but it also optimizes information exchanges.

Arnaud also insisted on the collaborative aspect of BIM method allowing professionals to work in real time on projects during the conception phase level as well as during the execution phase. Being able to work in real time “reduces the segmentation during a project workflow”. It is a phenomenon in which “everyone is an actor, there are not only architects or project owners”. He added that on a construction site, it is more and more important to get a 3D visibility since it allows to communicate more concretely.

This office building project with terraces will see the light of day in 2018 in the technology hub of Nice Méridia. Conceived on 8 parallel levels open to the sky, this building brings a visual continuity between the interior and the outside: thanks to the numerous balconies, terraces and to the punctual vegetalisation on the facades of the buildings. 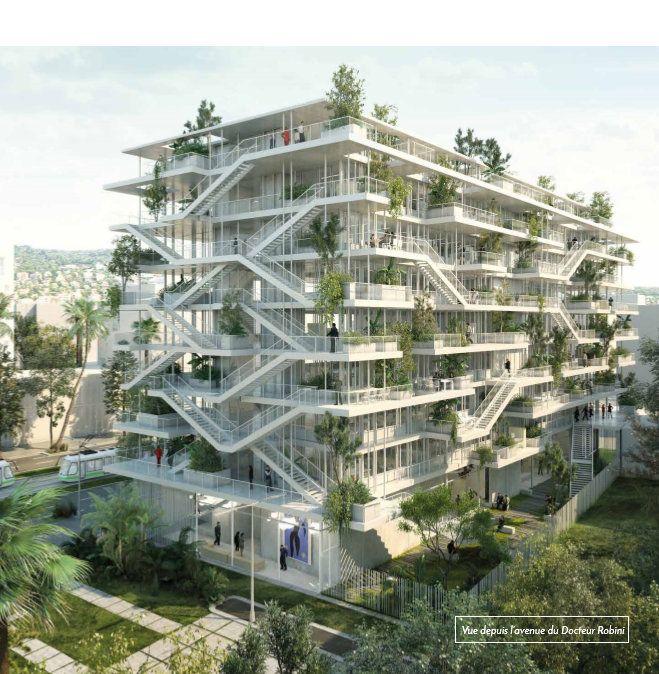 Arnaud specifies: “at the beginning, this project was not supposed to be done in BIM method, it was a traditional 2-D project”. The initiative of doing it in BIM came from the rising number of projects and contests with BIM requirements.

Laisné Roussel has thus used the competencies of the BIM manager Arnaud Désirée to train Marie-Aglaé Boukouvalas, Project manager for Nice Méridia. He told us that Marie-Aglaé was really good at picking up with software and that she succeeded in mastering the software and the working methods in only 4 months which usually takes more time. 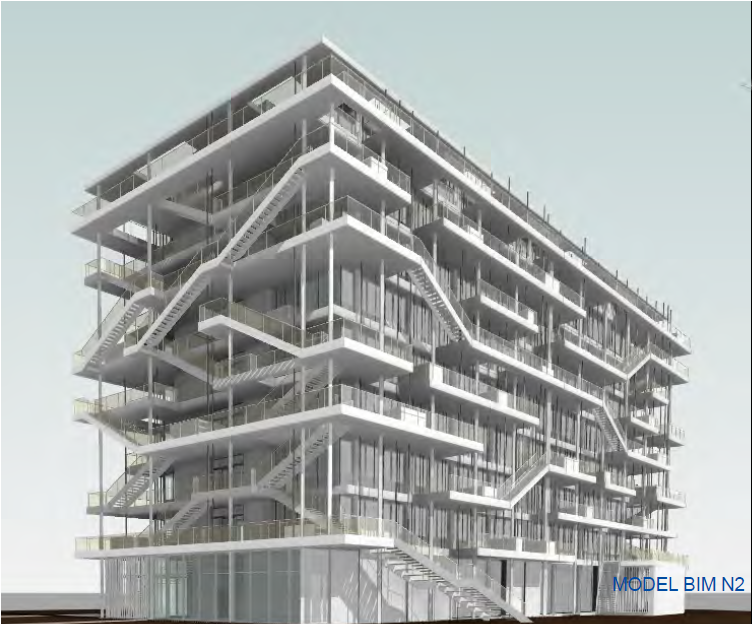 The BIM method? Yes. But at which level?

When questioned about the BIM level he used for his project, Arnaud explained that with the level 1 of BIM, you are typically in the design intent stage, in level 2 of BIM, you have to put the digital model on a collaborative platform, it is a coordination stage. When it comes to the level 3 of BIM, it is an integrative level of organization since everyone works in real-time on the digital model.

But who is choosing to work in level 2 or 3? “Contract awarders used to make compulsory the use of the level 2 or 3 of BIM, but it was proved that everyone is not equipped to reach level 3. Nowadays, the majority of the construction world actors works in level 2”.

What about the use of BIM objects?

After working on the design phase and after integrating the product categories to his project, an architect is dealing with technical aspects. Depending on its habits, he appreciates working with real references and real materials to have an optimal project adjustment. Arnaud explained that for a specific demand of furniture from his client, an architect can take an entire day to model a real object and gave us the example of a designer chair.

The deployment of BIM method

Professionals who do not use BIM lack usually of expertise. According to Arnaud Désirée: « the young generation learned to create via computing and the new generation is using BIM method instinctively. The elders are most of the time afraid of facing a loss of productivity because of the amount of time they will need to master BIM method and because of the investment needed to start using it”.

He added: “With BIM method, people need to work in team and communicate” and the companies are not necessarily ready for that. He highlights that big companies are starting to get into the move. Arnaud said that small companies specialized in interior design are only required to take a look at the digital model. For now, we are asking the less concerned actors to “know how to read and interpret a digital model”.

We recommend you the following articles: