On Thursday, September 27th, manufacturers and construction professionals attended the presentation of Esther Sélo, an architect in charge of the BIM department at Art Graphique et Patrimoine, in the facilities of the “Club Prescrire”. 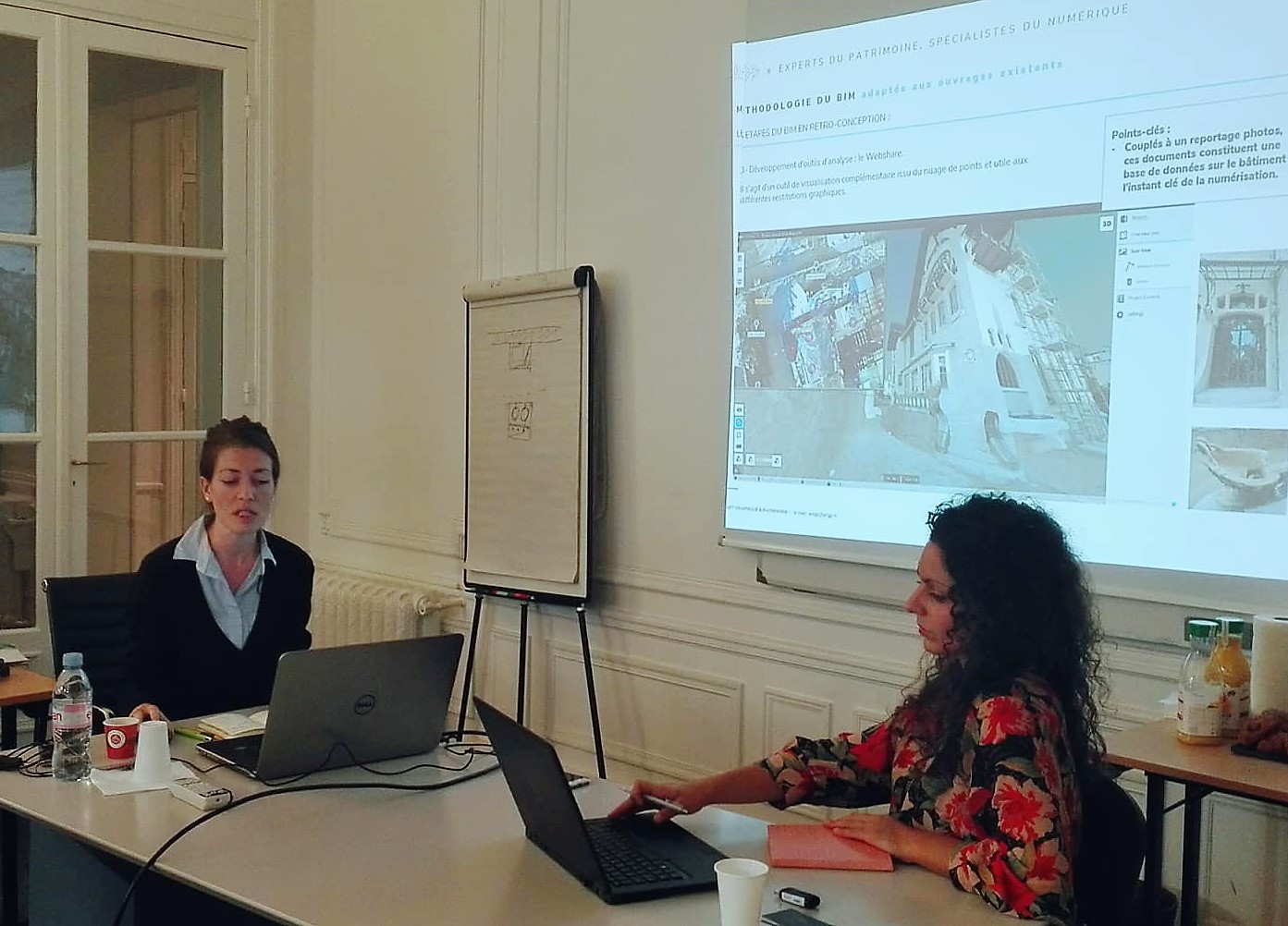 The DNA of AGP :  built heritage

Art Graphique & Patrimoine (AGP) was born in 1994 from the passion for stone crafts and the restoration of historical monuments. Its R&D center, specialized in 2D and 3D architectural and archaeological surveys, has contributed over the years to the evolution of digital techniques for protecting and enhancing built heritage.

Project by project, between traditional know-how and innovative spirit, AGP has collected more than 1700 prestigious references in France and abroad. Today it is considered one of the leaders in France in its field.

The agency has a BIM department which is managed by Esther Sélo.

BIM and existing built heritage: the example of the Villa Majorelle

Esther Sélo presented the agency’s methodology for designing the model of the existing built heritage.

The creation of the building’s digital copy always starts with a laser survey on site. Depending on the complexity of its architecture, the building may require more or less work.

The Villa Majorelle has required a lot of work because it is a very complex architectural work. With its sculptures, its typical Art Nouveau decorations, its ornamental, floral and organic forms, it required no less than 275 scan positions on the site, inside and out.

In order to create a perfect digital copy, the teams mix several techniques: they proceed to the laser capture of the building and its restitution in photogrammetry. Then they assemble these data into a cloud of points. For Villa Majorelle the cloud of points was composed of 40 billion points: the accuracy of the survey was quite exhaustive.

After the on-site survey, the teams proceed to assemble the obtained material: they gather the stations but also carry out topographical calculations to ensure that there is no deviation of the stations.

The Webshare viewer makes it easy to take ribs fast, without requiring additional trips to the site.

Once the building is modeled with the help of the point cloud it gets inserted in Revit to create the digital model. 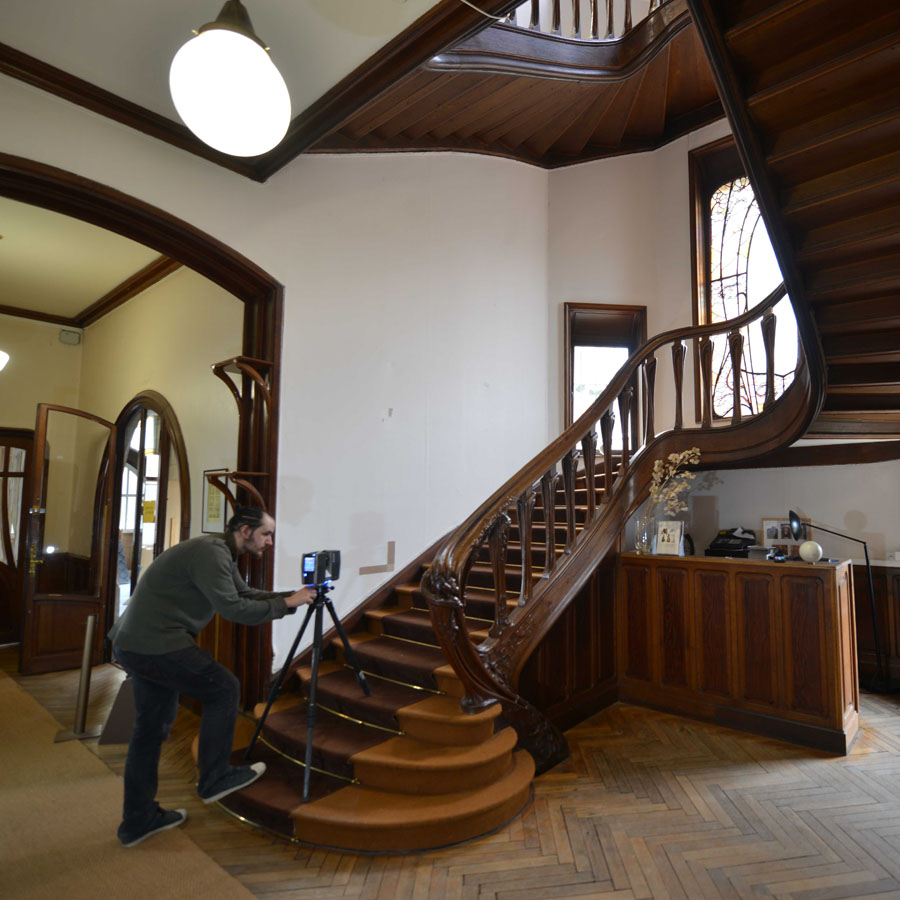 The teams of AGP occasionally work with generic objects included in Revit or according to the study book with artifacts found on Polantis.com. This use makes it possible to produce the nomenclatures from which the BEs and the architects will realize their quantity and thus get a more precise idea of the economy of the project.

The particularity of AGP’s work, specialists in existing BIM heritage modeling, consists of designing customized objects from the point cloud.

The importance of not interpreting

The elements on which no information is known are systematically indicated on the model requiring a survey and diagnostic work.

The connection of the networks, to provide an example, will be the object of particular attention: the connections can be interpreted provided that this interpretation is notified on the object through a color code or a comment.

Potential usage of the digital model

Esther Sélo concludes her presentation with a range of possible uses of BIM regarding the existing built heritage.