Marisol Declercq and Emmanuel Lara won the first prize with an ambitious, elegant, organic and… super poetic project.  What happened during the ceremony? Who were winners? You will find the answers here.

The awards ceremony’movie is available: 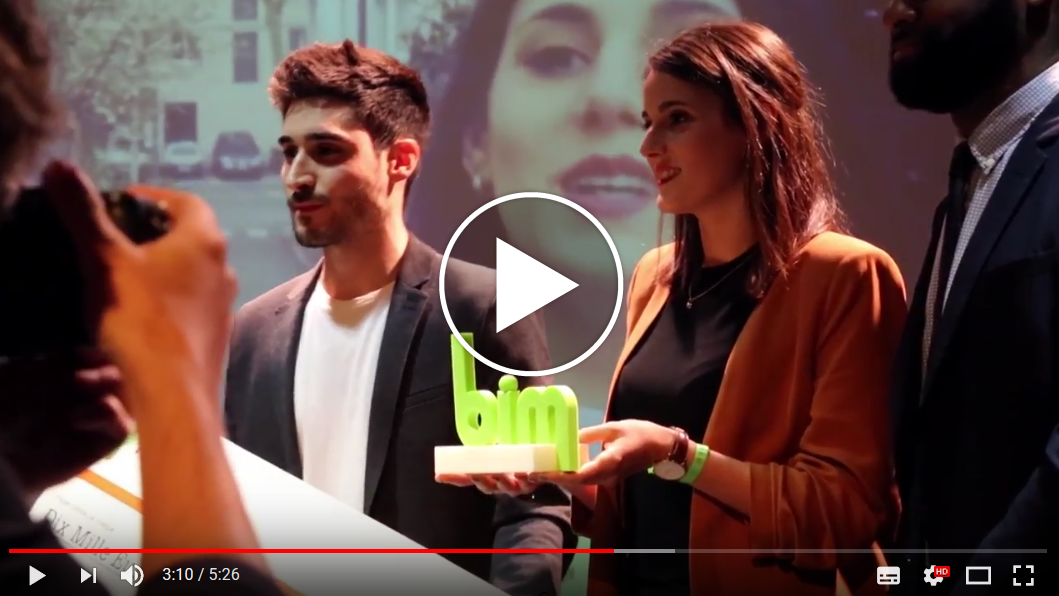 Already the 3rd edition of the BIM Contest

For this 3rd edition, Polantis was joined by the city of Suresnes and by the INS HEA (Higher National Institute of Formation and of Research for the Education of Young Disabled persons) in order to bring about a reflection on an urban treasure from the 30’s: l’Ecole de Plein Air de Surenes (the open air School of Suresnes). This school is listed as a historic monument.
The candidates -architects and architecture students- had to create a numeric model of a middle school (of 500 students) located on a field close to the school, instead of where the INS HEA is now (since it is soon going to be relocated).

Polantis is delighted to announce that Trespa’s CAD and BIM catalog is on the platform.

Trespa International B.V. is a leading innovator in the field of architectural materials, recognised around the world as a premier developer of high quality panels for exterior cladding and decorative façades.

Christine Klomp, Compliance officer at Trespa explains: « We started the project with Polantis, after realizing that communication in a digital way is the future in the (building) industry. BIM is, of course, part of this process and allows us to take a next step in this way of communication.

We chose 3 systems as these are the most popular and commonly used systems in our portfolio. The most important for the systems was for Trespa to get all types of decors (colors) in the BIM library. This will enable the users of the files to create and generate the solutions they are looking for.

The Polantis team is a very professional team. They are very dedicated to the their work, therefore the communication and exchange of information went very well.

The next steps still have to be determinated. At this point Trespa is thinking about how to process.

Polantis will welcome you at BIM World Munich

Polantis will be present at BIM World 2017 : come meet our teams to discover our latest news, our modelling solutions and to discuss your current and future needs.

BIM World MUNICH brings together the entire BIM ecosystem and is the gathering for all engaged sector players.

Polantis will be present for the second time as an exhbitor to present its solutions and to meet the international visitors. This trade show will be the occasion for you to meet our German team: 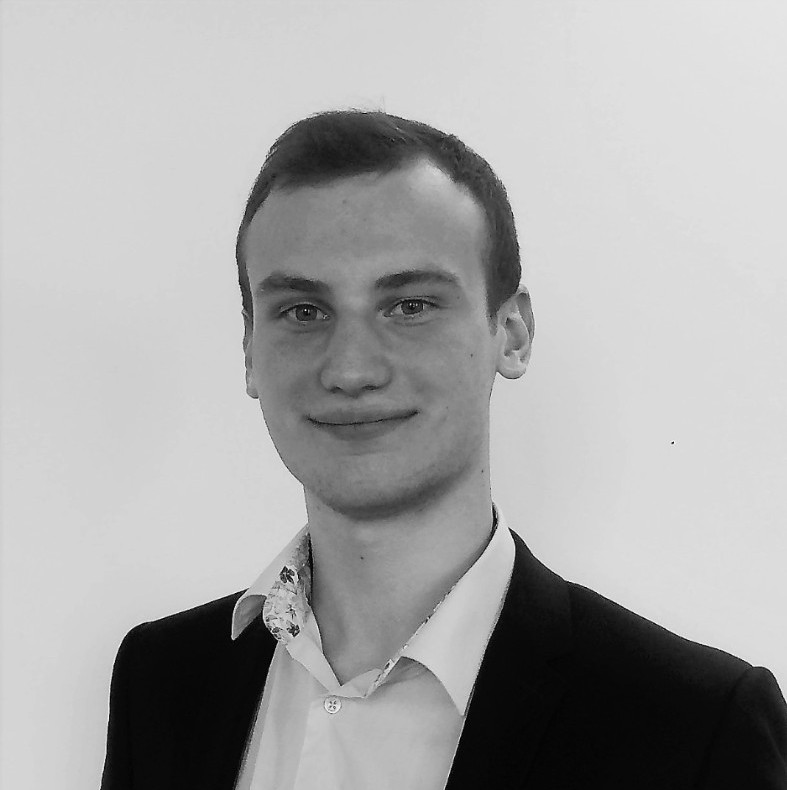 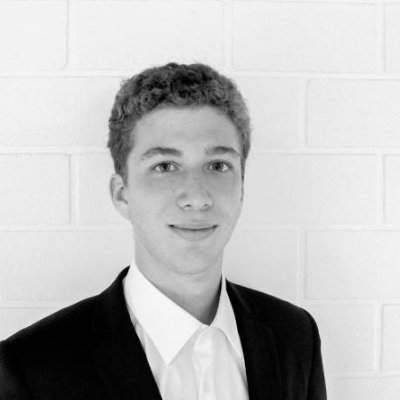 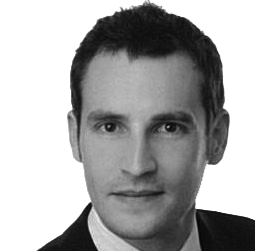 We suggest the following articles :

Polantis will welcome you at Batimat 2017

Polantis will be present at Batimat 2017:  come meet our teams to discuss your current and future needs, to discover our know-how and to know more about our latest news.

Batimat is the building industry’s leading international trade show, where the sector’s decision-makers and project managers come together to choose partners and seek products and service solutions for current and future buildings.

Please find below the agenda of the presentations that will took place at our booth:

These presentations will be the occasion for our visitors to raise their questions and contribute to the debate. Friendly atmosphere is guaranteed ! Come and visit us at our booth (R-134, Hall 5A), we are looking forward to meeting you!

We suggest you the following articles:

As said previously, Polantis is interested in conferences and BIM events who are taking place all around the world. This article is the occasion for us to give our European clients an other example of an event that could help them to learn more about BIM.

Event Summary: « BILT is an annual event, run in multiple regions around the globe, designed to cater to the needs of those who design, build, operate and maintain our built environment. As a community of professionals, it is dedicated to improving the way industry works together ».

If you wonder what BILT acronym stands for, it stands for Buildings Infrastructure Lifecycle, supported by Technology.

This educational and networking event provides the guests with a variety of opportunities to learn and share. Whether you are a practitioner or a consumer of BIM, DE, VDC, it aims at helping your firm to become more effective, more impactful and more productive.

If you want to participate, we encourage you to register on their website as soon as possible.

Team standings of the 2017 BIM Contest

The 2017 BIM Contest award ceremony was held on the 27th of March 2017. Polantis and « l’Ordre des architectes » ( our contest’s partners) both welcomed the guests and the construction professionals at the Récollets Chapel.

Last year, the first edition of the BIM Contest in partnership with the city Bobigny had been a real success. This year, Polantis – the organizing company – increased the difficulty by asking its candidates to work on the new city center of the municipality of Saint-Prix (95). Teams had to conceive a digital model of several residential and commercial buildings both integrated into a wider project articulated around the concept of the municipality’s urban centrality.

Altogether, 198 candidates gathered in 49 teams worked on this project. Among the 9 finalist teams, 6 were French and 3 were international (Serbian, Egyptian, Italian).

The grand-prize winner: the project Gardensity

Jury’s comments:  A strong engagement and a magnificent architecture of a « village in the village » which redefines and blurs the distinction between individual and collective dwellings.

The garden-piazza suggestion is reinterpreting the concept of the garden-city by adapting it to our age and to the expressed needs and desires of the town dwellers. The urban reinterpretation is astute: the urban island is not split into two, the street traffic is well-thought, the traffic lane becomes a green way which places pedestrians at the heart of the project. When it comes to the BIM method, the information matrix provided is complete and the project model is optimized and mastered. The jury’s members enjoyed “moving around in the digital model” while deliberating.

2nd Prize for the project e-COP

The second prize was won by Kévin Bailly, a young architect at Valode & Pistre who already won the BIM Contest first prize last year with Minh Minh Nguyen. Saint-Prix municipality particularly welcomed this project which better meets the architectural and urban expectations of the municipality. The team was particularly attentive to the municipality’s identity.

Jury’s comments: The landscaping work is in continuity with his project and the green roofs are used properly. The glass roofs and the variety of the slopes, forms and materials make you want to live in this city center characterized by its rich architecture. The use of columns is conveying an airy feeling. Finally, the particular attention to public areas makes you want to meet in this city center which fosters living-together.

Jury’s comments: A valiant effort of centrality in this project which has a lot of character. The pedestrian walkways were particularly well taken into consideration. The jury evoked the surprise effect of the promontory, the new perspective on each street corner, the pedestrian bridges leading to the project’s emblematic places. The attractive idea: the theater’s roof which becomes a boardwalk for the citizens, in the same vein as what was done for the Philharmonie.

The cocktail following the ceremony was the occasion to admire the « BIM Contest » trophies which were printed in live by a 3D printer especially installed for this occasion. The three trophies received by the candidates were printed by Volumic Company, the constructor of the 3D printing situated in Nice. It was a hundred percent French printing, made from PLA, an entirely biodegradable plastic made from corn starch.

Champagne for the winners!

If more information needed about BIM Contest, please contact Manon Roger at the following number 01 42 64 07 02 or at manon@polantis.com.

Polantis is now available in 13 languages

From now on, all the architects and professionals of the Design and Build the world can find in their native language the objects of a manufacturer, which will make the integration of all these products easier in the architecture projects all around the world.

This news confirms the ambition of Polantis since 2008 is to provide to its users the best service on both levels: the quality of the CAD & BIM objects and being aware of the needs of the AEC world.

Let us know what you think here. 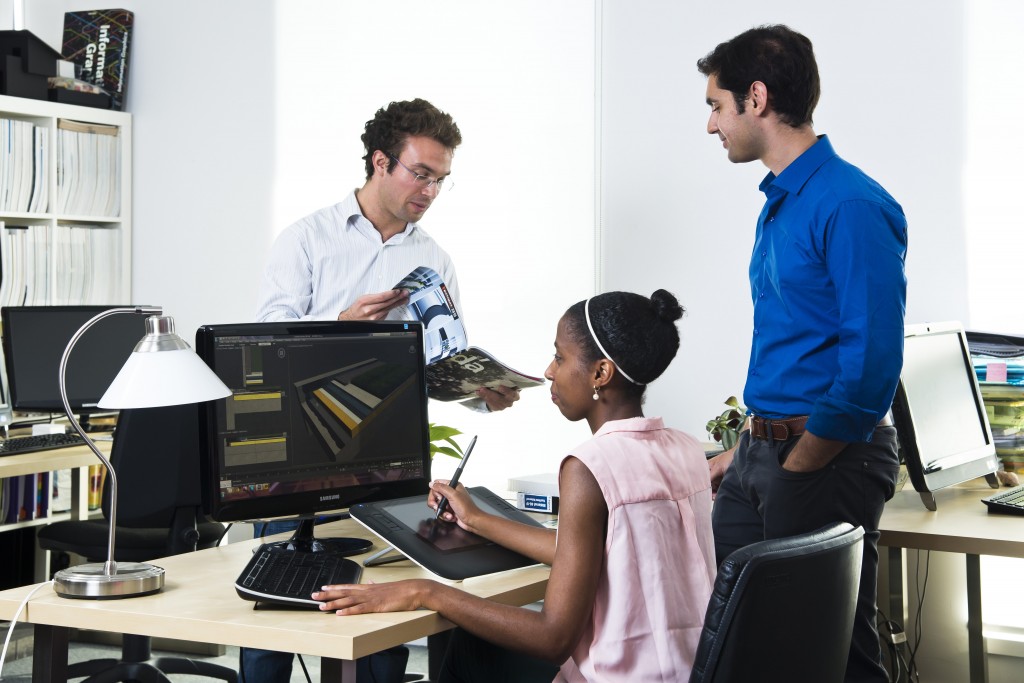 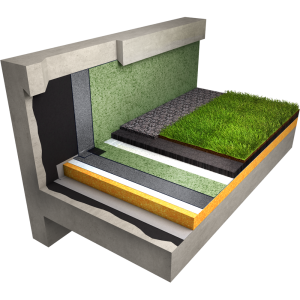 Siplast‘s high performing CAD and BIM objects were developed by Polantis expert architects team. These objects are specially tailored to match the needs of architects and AEC professionals during all planning, construction and operation phases.

Siplast is amongst the first roofing manufacturers to understand the importance and power of a CAD and BIM objects catalogue for the use by the entire supply chain of the building industry. These first 5 systems (and the dozens to follow shortly) give Siplast a huge advantage over its competitors who are yet to create their BIM catalogues.

Polantis insures the worldwide distribution of Siplast’s CAD and BIM objects on its various platforms and partner platforms. Since their introduction last Friday (28th of November) hundreds of systems were downloaded and deployed in projects by hundreds of AEC professionals. In the upcoming days Siplast expects to reach thousands of Architectes and specifiers. Polantis has a base of over 75,000 AEC professionals with a new member joining in every 8 minutes.

The five systems already available online at https://www.polantis.com/siplast all belong to Siplast’s most emblematic and universal line – “Silver”.

The currently proposed roofing systems are of the following categories:

– Under heavy protection or pavers on paving supports

All of the “Silver” line products have an integrated RFID chip with and a 20-year guarantee. Siplast provides an in-depth technical support for AEC professionals and thanks to these CAD and BIM objects specifiers get a much faster and better service.

In the upcoming months the entire Siplast catalogue will be developed into CAD and BIM objects. Including interior acoustic insulation products.

of the layered roof construction in Revit 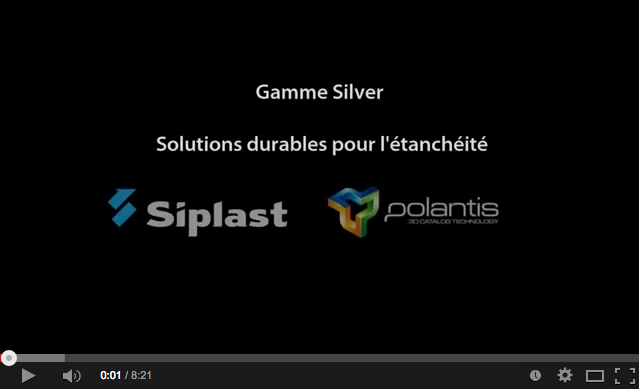 EXCLUSIVE – Bertrand Delcambre head of the BIM implantation for the french Ministry of Ecology, Sustainable Development and Energy, declared at the Energivie summit  that: « …A national plan [for a BIM reform] will be launched end of 2014 to start very early 2015 »

Speaking at the Energivie summit at Strassbourg on 4th of November 2014, Bertrand Delcambre, – Head of the BIM implemntation for the french Ministry of Ecology, Sustainable Development and Energy – announced that the BIM reform in France is to start « very early 2015 ».

Bertrand Delcambre, aka « Monsieur BIM » (Mr. BIM) was appointed by the current Minister of Housing and Territorial Equality – Sylvia Pinel – earlier this year (25/06/2014). His aim is to mount a French BIM reform similar to the British one. The Ex minister of  the same ministry – Cécile Duflot announced on March 2014 that the French BIM reform will take effect on 2017 for the Government procurement projects.  Later to be extended to all local and regional public tenders.

France’s BIM reform is part of an ongoing wave of governmental BIM reforms around the world. Both French and German governments recently endeavored in creating BIM reforms after the European directive voted on the 15th of January 2014 incites all 28 EU member states to do so.

France has the largest construction market in Europe (followed by Germany and the United Kingdom) By 2018 all three markets will be entirely reformed (UK by 2016, France by 2017 and Germany by 2018) in order to embrace the building information modeling method of work and technologies.